THE HISTORY OF SPORTS MEMORABILIA

The other day I was cataloguing three boxes of baseball cards for a friend of mine and I began to think about how this entire card collecting and sports memorabilia phenomenon began. If you are a closet fan (as I am) of shows on television that travel from city to city checking out and pricing antiques for the general public, you’d be aware of the fact that often sports memorabilia is brought to the shows for assessment. So this tells me that a lot of people out there have sports memorabilia that they consider to be antiques, so collecting of sports memorabilia has been around for a long time.

WHEN DID SPORTS MEMORABILIA COLLECTING BEGIN?

If it’s true that nothing says “USA” like baseball does, then it’s natural that sports memorabilia collecting in this country began with a connection to the American pastime of baseball. Tobacco Companies introduced baseball cards to Americans in the late 1800’s in an attempt to sell their products. When I was younger I had always thought that the Bubble Gum Companies such as Topps first introduced baseball cards, but bubble gum baseball cards were really a product of the fifties and sixties.

These days Tobacco Companies are finding it next to impossible to have their names advertised any where near sports and sporting events, but in the late 1800’s and early 1900’s, cigarette and cigar smoking was the norm. The Goodwin Company of New York put out the first real numbered collection of baseball cards in the 1870’s. The American Tobacco Company produced the most famous and therefore, today, the most valuable baseball card, the Honus Wagner T206 in 1909. It has been estimated that only around fifty of these cards exist today. Wagner was said to be not happy having his name connected to tobacco sales and production of his card was therefore limited. In the early 1900’s baseball card collecting began in earnest and spawned the hobby and business of sports memorabilia collecting, as we know it today.

Tobacco Companies continued to produce baseball cards through to the 1920’s and in the 1930’s Bubble Gum Companies began putting collection cards in their packages in an attempt to increase sales of their product. These sales were halted during the Second World War and in the 1950’s production began again with the first color photograph cards being offered. Baseball card production continues to this day in a highly competitive business although no longer are card sales inter-connected to sales of gum.

IT’S NOT JUST A HOBBY

Of course, sports memorabilia collecting today has gone well beyond just the hobby of the collecting of baseball cards and today it is a full fledged industry on it’s own accord. Collectors today are not only sports buffs; they are also interested in the investment aspect of their collections. Probably the most famous of all baseball memorabilia collectors, Barry Halper who recently passed away at the age of sixty-six at one time owned over 80,000 baseball related items. He began his lifetime of collecting at the age of eight and collected over thirty thousand baseball cards along with many signed baseballs and other assorted baseball memorabilia. Around twenty percent of his collection is now displayed at the Baseball Hall of Fame with the balance having been sold at auction for approximately twenty-two million dollars after Halper found himself in failing health. 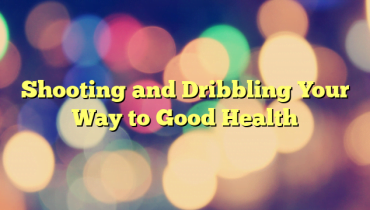 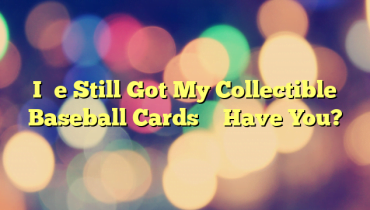